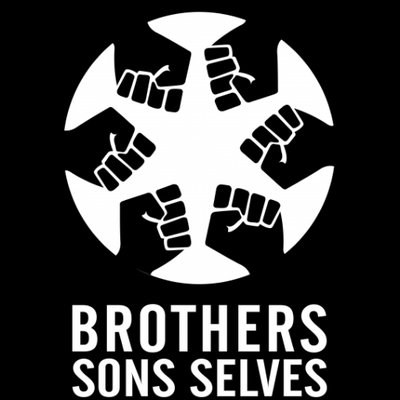 The Brothers, Sons, Selves (BSS) coalition is a group of ten community-based organizations across Los Angeles and Long Beach. Our mission is to end the criminalization of young bois/boys and men of color by creating and influencing public policy that invests in young people and their future.

Young men of color are dismantling the school-to-prison pipeline.

After decades of organizing to end the school-to-prison pipeline in separate efforts, a group of ten community-based organizations band together to form the Brothers, Sons, Selves Coalition. Their vision: improve academic and life outcomes for bois/boys and young men of color by reducing youth criminalization in L.A. County and the State of California.

BSS wins the passage of the LAUSD ‘School Climate Bill of Rights,’ a landmark victory that eliminated suspensions/expulsions for acts of  “willful defiance,” and requires Restorative Justice to be implemented in all Los Angeles district schools by 2020. BSS made history by making LAUSD the first district in California to pass the policy that ultimately helped to reduce harmful disciplinary practices and increase graduation rates for all students. Shortly following the victory at LAUSD, BSS wins the passage of the LBUSD ‘Resolution on School Discipline,’ strongly calling for alternatives to suspensions in Long Beach schools.

President Barack Obama meets with the youth leaders of the Brothers, Sons, Selves Coalition in Los Angeles to congratulate them on their school discipline victories.

BSS with allies, pushes California to become the first state in the nation to take a tough stance on reforming its school disciplinary policies when Assembly Bill 420 was signed into law. The bill co-sponsored by BSS placed a temporary ban on K-3 suspensions for acts of ‘willful defiance.’

Youth leaders from BSS successfully garner support from the LAUSD Board of Education for Proposition 47, The Safe Neighborhoods and Schools Act. The proposition, which California voters overwhelmingly supported, reclassifies 6 non-violent, non-serious felonies to misdemeanors, which would save the state millions of dollars in prison expenditures that will be directed to education, mental health and drug treatment, plus trauma recovery services for crime victims.

BSS wins an additional $3 million for Restorative Justice programming to be directed toward LAUSD schools bringing the total investment to $7.2 million.

1. Youth Empowerment and Leadership: We are youth-centered. We are dedicated to empowering and educating youth to be agents of change and leaders of the movement.

2. Intersectionality: We believe our lives and experiences of oppression and privilege as masculine and male-identified youth are interconnected with our identities of race/ethnicity, sexual orientation, class, religion, ability, nationality and more.  We must acknowledge and recognize these intersections in our efforts for collective liberation.

3. Restorative Justice: We are committed to restorative practices that support and uplift young people, rather than reinforcing systems of criminalization, punishment and oppression.

4. Movement Building: Building partnerships to create strategic alignment around a core vision, shared values and common goals for all those working in the sector of youth development from schools to social service agencies.

5. Equity & Inclusion: We encourage the participation of historically marginalized bois/boys of color in our movement, including youth who identify as queer & trans, have varying disabilities, and/or are system-involved. It’s through the inclusion of marginalized voices, we are able to uplift everyone and advance the mission of BSS.

The time for action is now. We need your voice to let elected officials know that young bois/boys of color are leading the movement to transform our schools and communities.

2. End All Defiance/Disruption Suspensions in CA: No child should lose time from the classroom as a form of discipline. That’s why BSS alongside the Fix School Discipline Coalition and other statewide partners are continuing to fight to end suspensions/expulsions for acts of ‘wilfull defiance’ in the classroom for all California students. Our coalition plans to introduce a new policy in 2019.

Back to the top