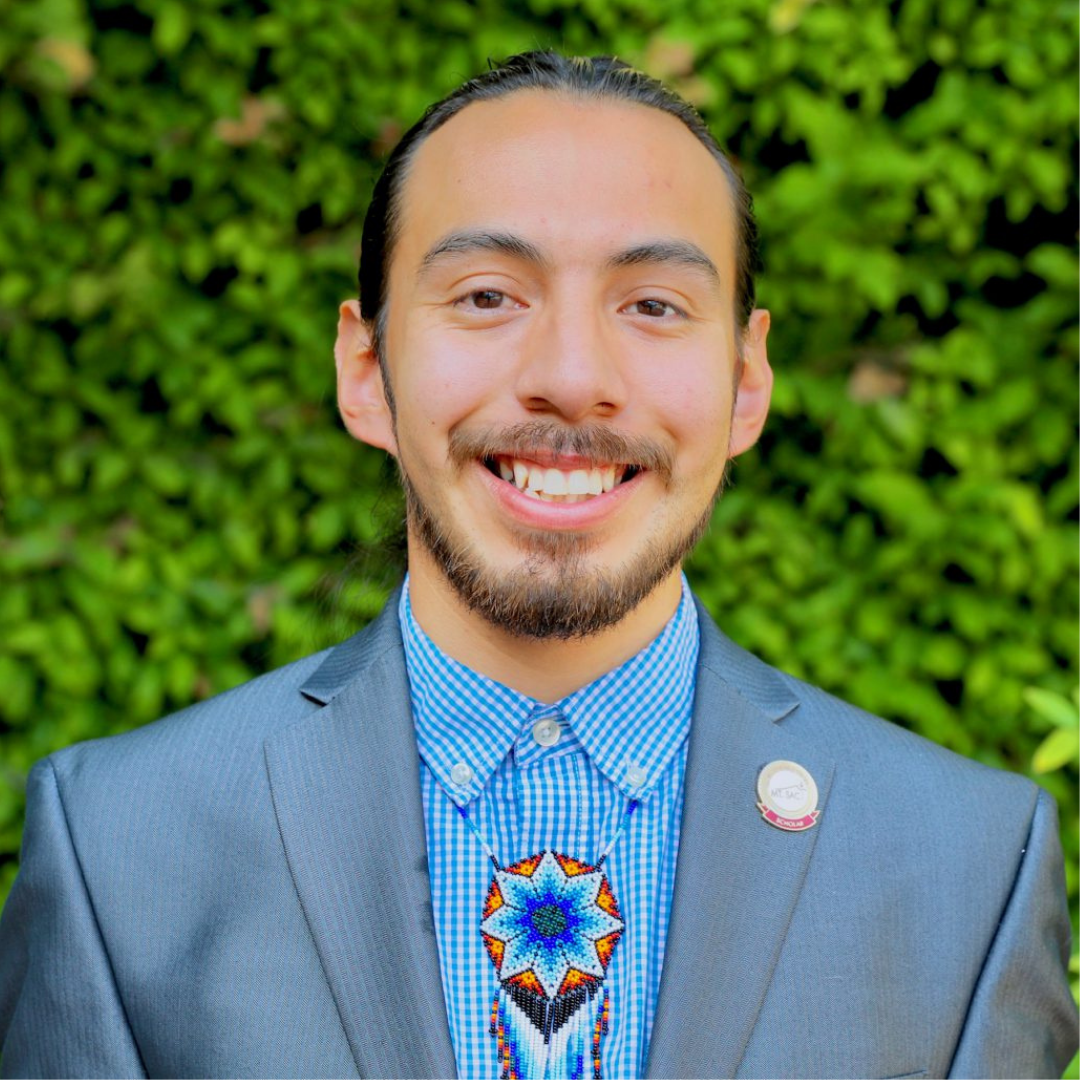 Alejandro Xipecoatl Juarez (El, He, Him, His) is a Nahua-Xicano educator, poet, motivational speaker, Azteca dancer, and community organizer. He serves as the site organizer for United Students and Brothers, Sons, Selves Coalition. Where he works towards ending the criminalization of young bois/boys and men of color by creating and influencing public policy that invests in young people and their future.

In middle school, Alejandro went through many unfortunate tragedies no young person should endure, the death of his father, houselessness, incarceration of loved ones, gang violence, and substance abuse. Those experiences resulted in an emotionally damaged, sorrowful, aggrieved youth. Rather than schools providing him access to mental health services like psychiatric social workers, leadership development, or healthy mentors, they responded by criminalizing him by constantly harassing him with school police and unconcerned educators which led to him being expelled at the age of 13.

Sadly this story is all too common in our communities. Alejandro's story resembles the life stories of millions of students of color in the United States who have been criminalized and pushed out of the education system. His experience as an at-promise youth has motivated him to change the conditions for young people in the educational system. After he graduated from his continuation high school, he enrolled in his local community college, where he sparked several equity initiatives that prioritized support for at-promise students. Such as direct high school outreach programs aimed at continuation students, establishing sanctuary schools, creation of an ethnic studies degree, and multicultural center. He continued this work when he was admitted to UCLA where he served as UCLA Center For Community College Partnership's first Formerly Incarcerated / System Impacted site coordinator and Men of Color site coordinator. Where he assisted high school and community college students to establish a community college to the University of California pipeline. After graduation, he gladly joined Innercity Struggle, Brothers Sons Selves Coalition in the fight for police-free schools and continues to mentor young people as they become the amazing transformational leaders of their generation.