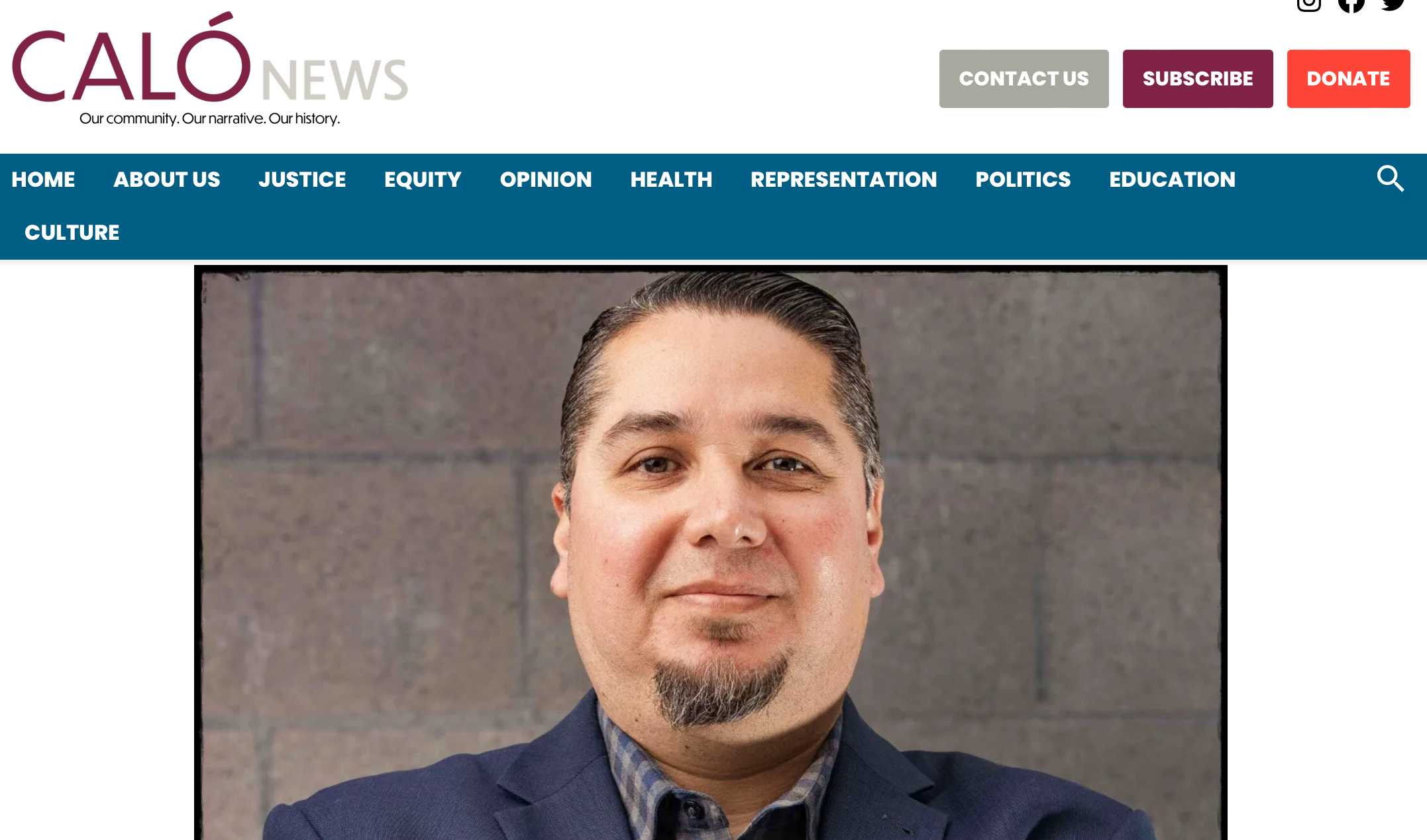 De León has served as the LA City council member for District 14 since 2020 and said his resignation is not an option. “I have a moral obligation to my constituency, to give them a voice,” he told Smiley.

But for Henry Perez, associate director of Inner City Struggle, a social justice non-profit organization in CD-14, de León no longer represents the community of the Eastside.

The week the audio was leaked, Inner City Struggle began reaching out to other community organizations in East LA, the majority with offices within CD-14, in order to formulate an open letter for de León.

The open letter, which was published on Oct. 15, asked for de León’s immediate resignation. “Almost two years ago, you assumed your post as elected representative of District 14,” the letter addressed to de León read. “Since that time, and during your campaign, you stressed to residents that you were different from your predecessors and that we could trust you – but your uttered words in the recorded conversation at the LA Federation Of Labor have broken our already cautious trust.”

Perez said that, as leading organizers within de León’s district, it was important to step toward the right side of the situation and demand justice.

Inner City Struggle was founded in 1994 by a small group of parents, youth, and residents in Boyle Heights. The organization was formed in the spirit of the civil rights movement, seeking to reduce crime and violence, and investing in training and organizing its residents.

Henry earned his master’s degree from the University of California, Los Angeles in 2003. He began working with Inner City Struggle in 2005 and became the associate director in 2009.

CALÓ NEWS interviewed Perez to discuss the open letter, his vision for CD-14, the message to de León and the structural racism he believes exists in our communities.

Responses have been edited for clarity and brevity.

HOW WOULD YOU DESCRIBE CD-14 AND WHAT ROLE DOES INNER CITY STRUGGLE PLAY WITHIN THIS DISTRICT/COMMUNITY?

District 14 is located on the Eastside of LA. Inner City Struggle is a 28-year-old community-based organization. We cover three major communities within CD-14 (de Leon’s district) and that includes Boyle Heights, Lincoln Heights and El Sereno. We also cover the other half of Lincoln Heights, which is in CD-1 (Cedillo’s district). Both council members are representatives of the communities we organize. Inner City Struggle organizes youth and families to come together and be a voice for change and transformation in their communities, to advocate for our most vulnerable and marginalized neighborhoods on the eastside of LA. Residents often do not have a voice in policy decisions that are made in city hall. We organize them so we can build community power in our regions when it comes to city policies and decisions. Our responsibility is to push elected officials to make the right decisions for our communities and to make sure that there are equitable investments being made in our communities. That means that residents of the city’s highest needs should be prioritized to the allocation of funding and resources. 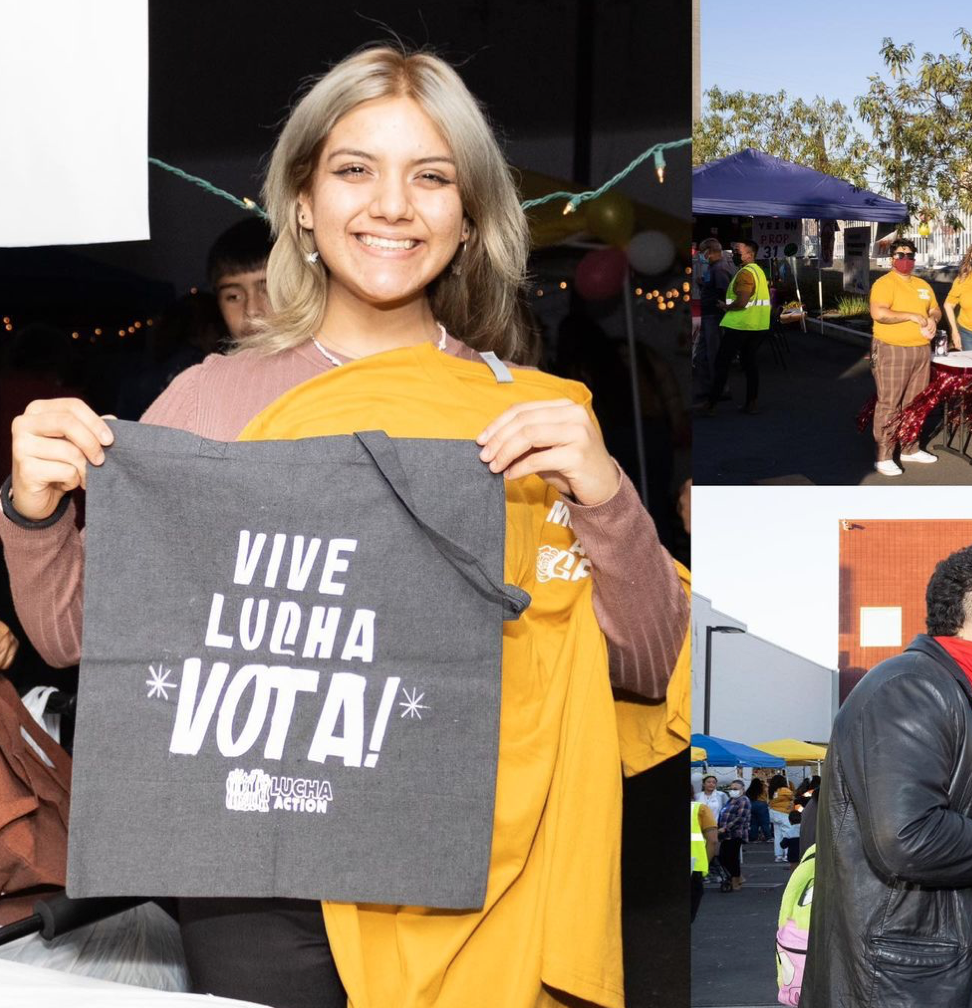 Vive, vota y lucha. That was the slogan at the center of InnerCity Struggle’s campaign to mobilize Eastside voters in the upcoming elections with door-to-door registration, online guides and fun engagement events like Wednesday’s Lucha Carnival.

Latinos are almost half of the general population of Los Angeles. Getting Latinos to participate on Nov. 8 is critical to ensuring that communities like Boyle Heights and East Los Angeles have their voices heard, according to Kimberly Ortega, a spokesperson for the local nonprofit.

“Time and time again we have seen how important Latinos are when it comes to bringing change to our city,” Ortega said at the event, held at the organization’s Boyle Heights headquarters. “It’s important for everyone in the community to be informed on who and what is on the ballot so that we can increase our collective impact.”

According to Spectrum News, InnerCity Struggle is one of several LA nonprofits who received funding for voter outreach as part of the Latino Community Foundation’s “Yo voy a votar” initiative.

Going beyond typical voter engagement, the night’s carnival featured games, entertainment and prizes, all centered around propositions and measures on this year’s ballot that could have an impact on the Eastside. 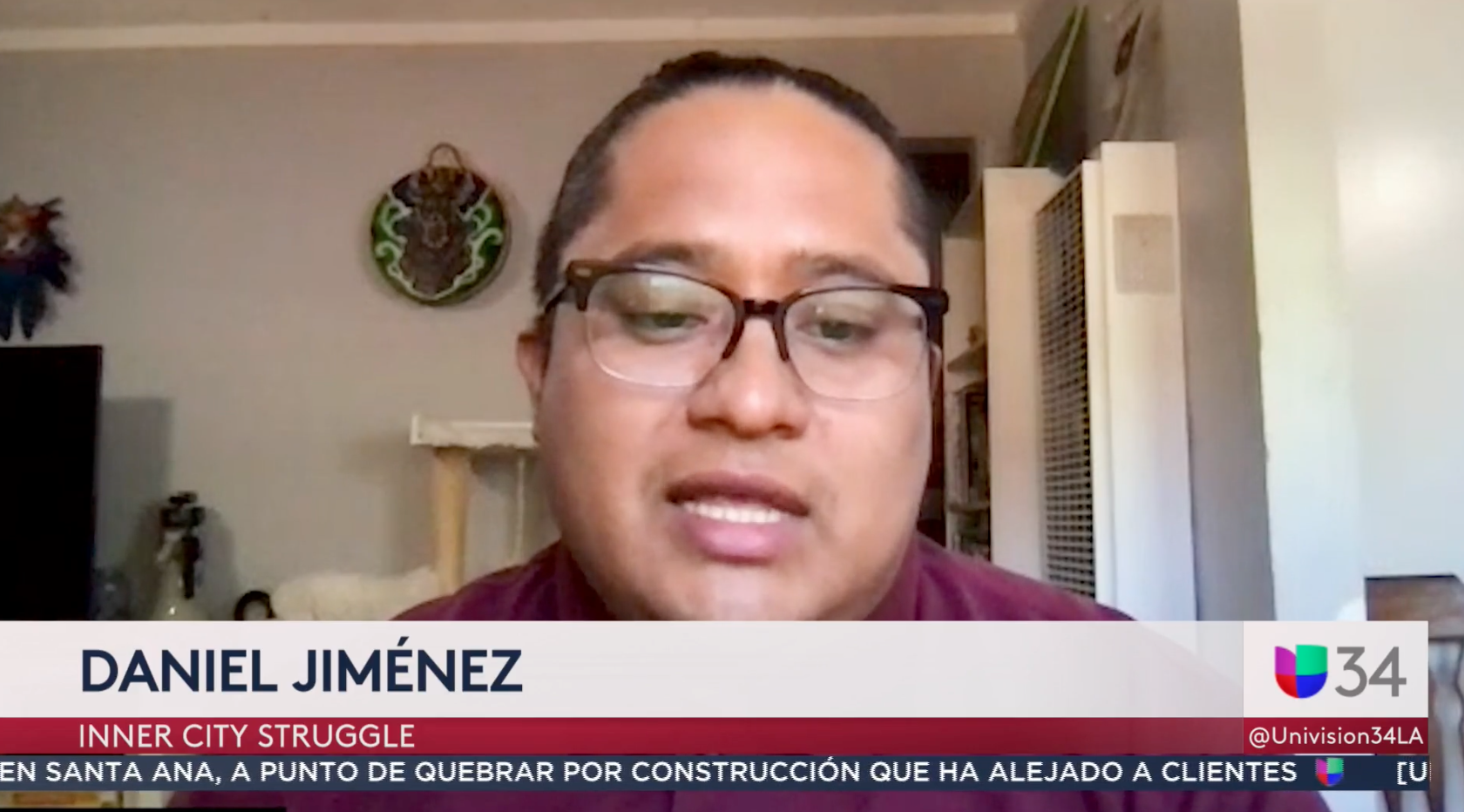 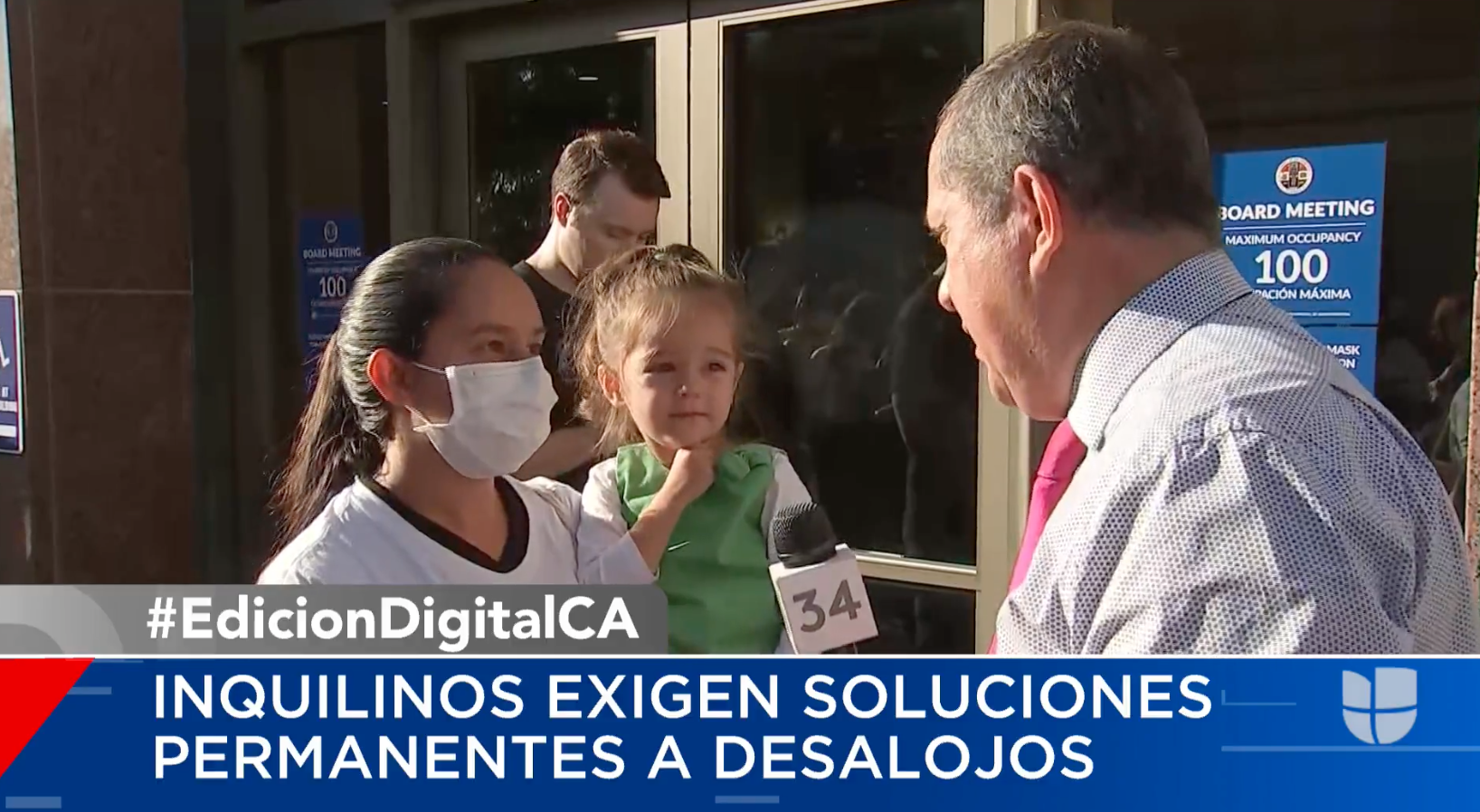 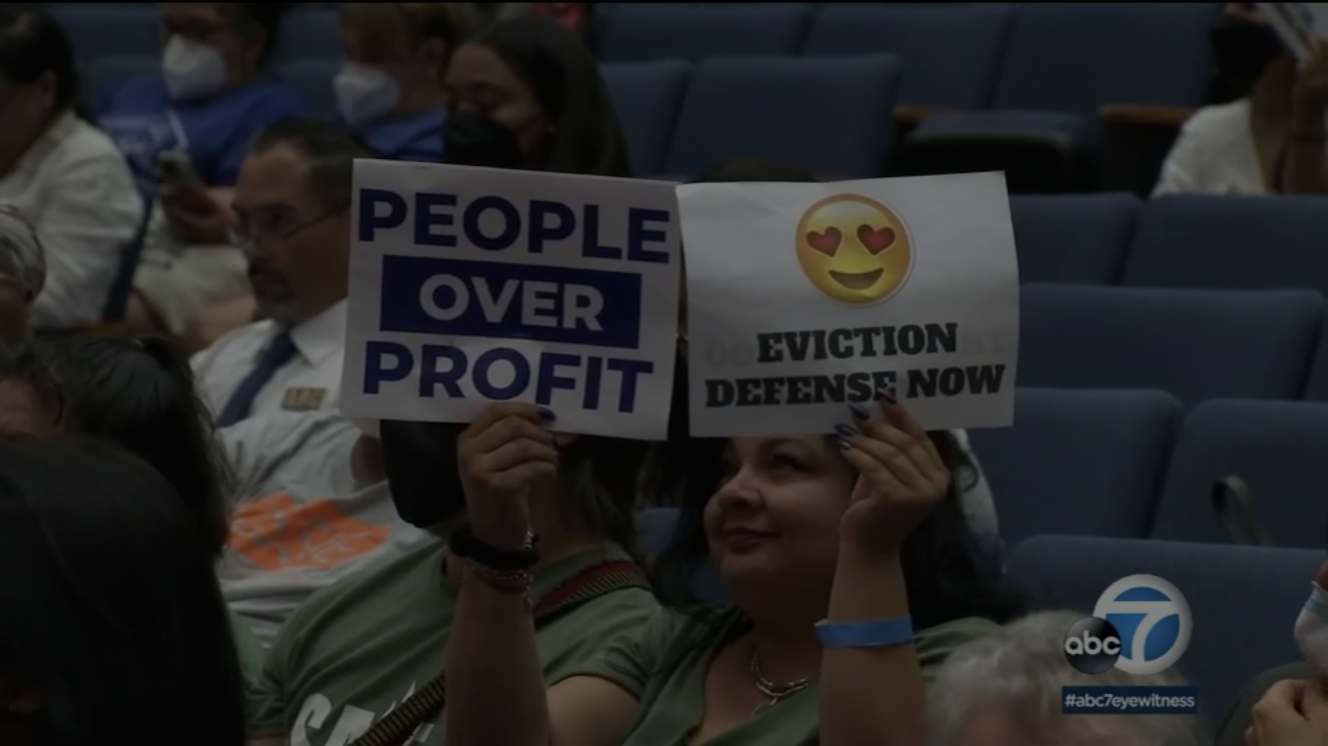 LOS ANGELES (KABC) -- The Los Angeles County Board of Supervisors held its first in-person board meeting in 2 1/2 years on Tuesday, only to be barraged with demonstrators inside and outside the hearing room.

Protestors gathered on the front steps of the Kenneth Hahn Hall of Administration, many of them focused on eviction protections for tenants in the county.

Earlier this month, the supervisors voted to end its eviction moratorium at the end of the year, but were considering a motion that would bolster eviction defense services for tenants. Another measure would limit what landlords can ask potential renters about their pandemic renting history.

"Tenants in LA County need stronger protections because it's really hard for a lot of our tenants to stay in their homes when we have landlords harassing them," Elizabeth Hernandez, a housing advocate, told the board members. 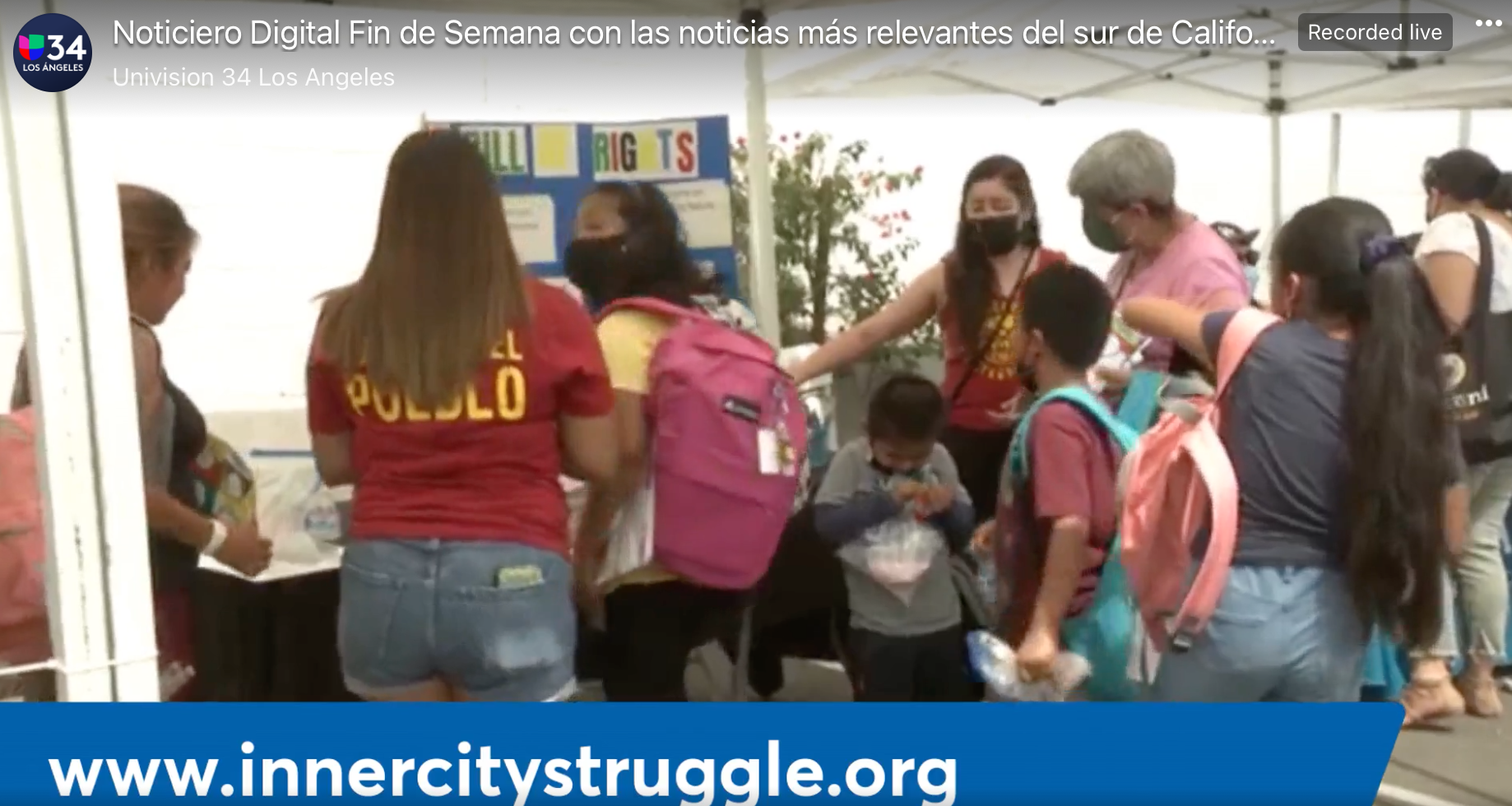 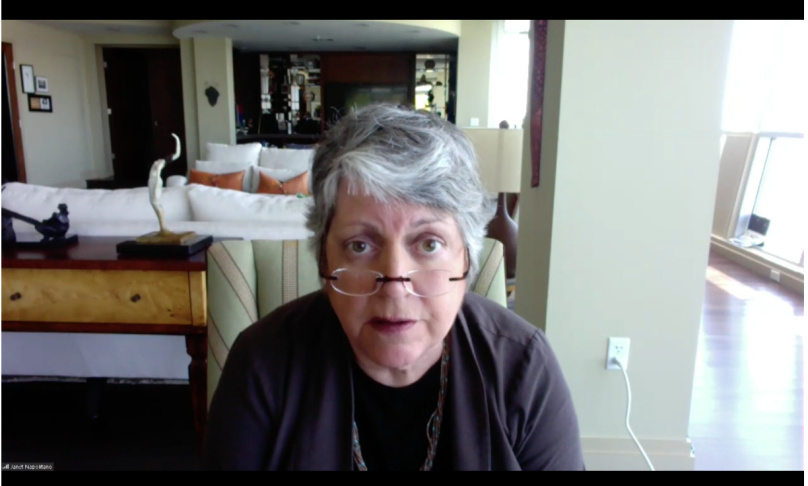 The Regents of the 10-campus University of California voted unanimously on Thursday to suspend the requirement that first-time applicants submit scores from SAT or ACT standardized test scores for admission.

"I think it's an incredible step in the right direction," said UC Regents Chair John Perez.

The vote suspends the requirement through 2024 while UC studies whether to require scores from another test that UC either creates or adopts.

"By one measure this is a conversation 43 years in the making, since the 1977 adoption of the test as a weeding mechanism, as a way to decrease the number of students admitted to the University of California," Perez said.

The proposal to put the standardized test requirement on hold while UC re-evalutes its admissions criteria was first floated by UC President Janet Napolitano, who had already dropped the test requirement for applications due in the Fall 2020 because of the COVID-19 crisis. She said she was "unpersuaded" that requiring the tests for admissions "was sufficient to outweigh all of the extensive mitigation measures we employ to counteract the effect of the standardized test on certain populations."

Applicants for Fall 2020 can submit SAT or ACT results, but they aren't required to do so, and UC admissions offices may choose whether to consider those scores. The new policy extends that arrangement for another year, and adds another two years during which UC campuses will not use the standardized scores for admissions decisions even if students submit them. 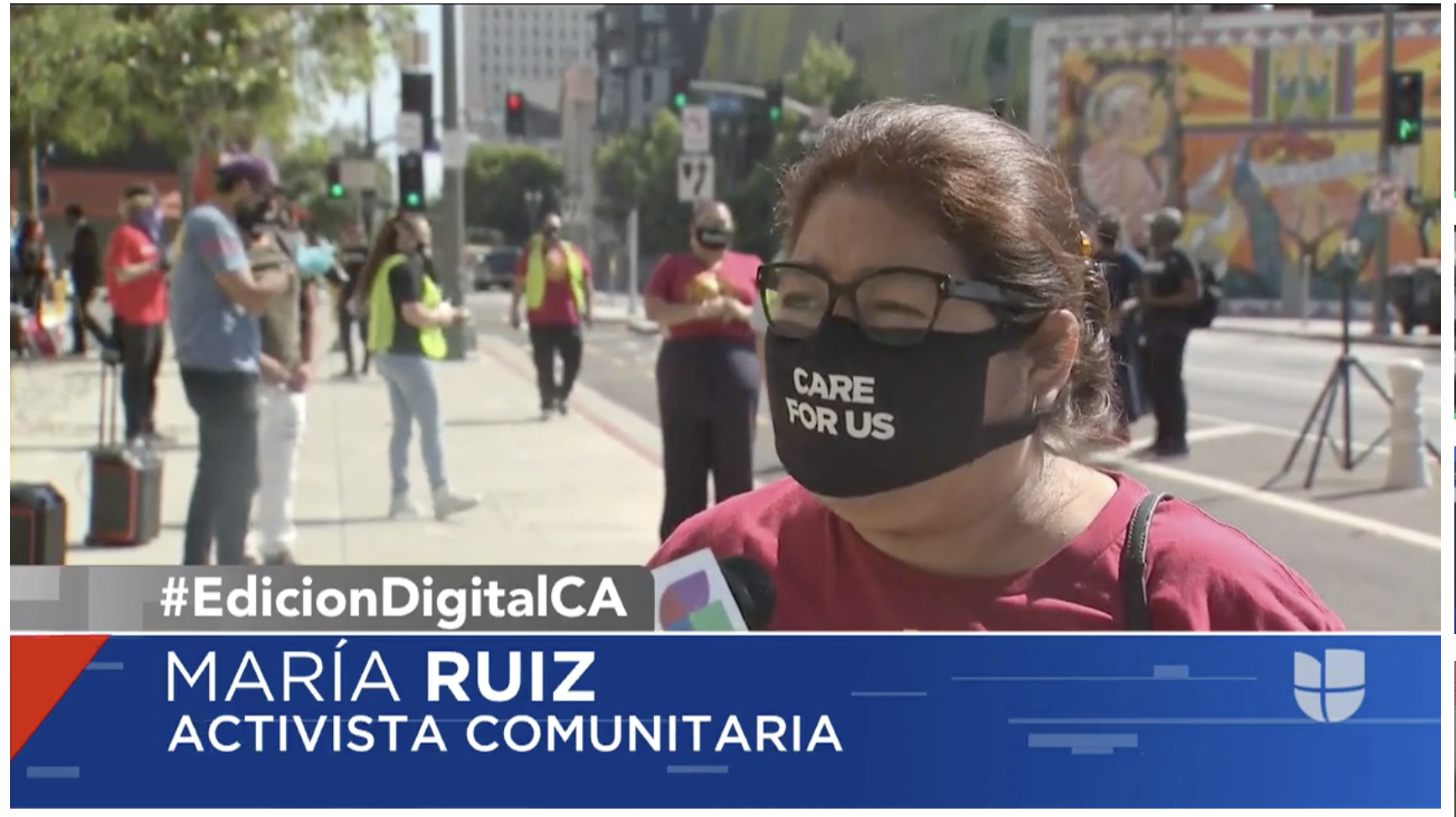 Listen to community voices as we redesign California public schools 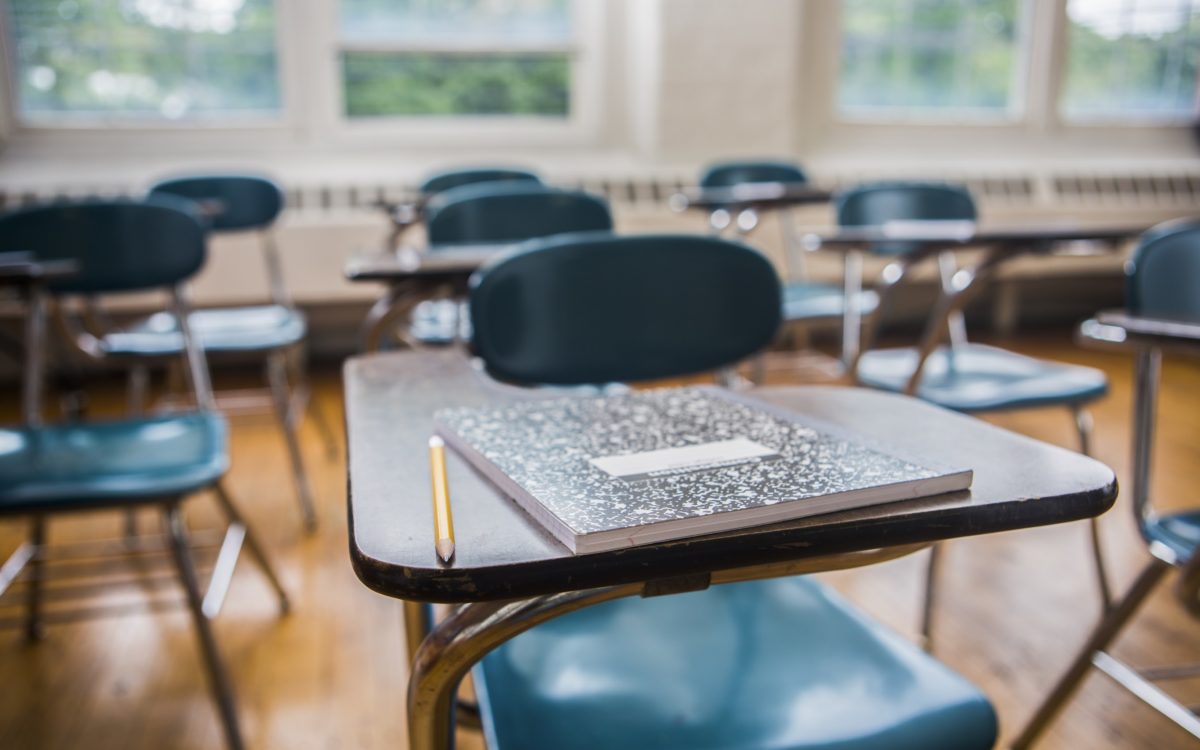 DeShae Johnson in Fresno worries about finishing her senior year, taking Advanced Placement tests, and completing scholarship applications for college while taking care of her younger siblings so her mother can continue to work as a janitor.

Daniela Hernandez, a youth leader on the eastside of Los Angeles, couldn’t get her employer, a food retailer, to provide protective equipment even as shelter-in-place orders began. She won the right to wear gloves, but ultimately decided to quit her job to prevent exposing vulnerable family members to the coronavirus.

Lidia Cruz is a mother of three young children living in Sacramento. With schools closed and limited resources, she worries how to keep food on the table and get pencils and workbooks so her children can learn from home.

Each of these women’s stories resonate with thousands of Californians whose lives also have been upended by the coronavirus pandemic.

As education and youth advocates working in Los Angeles, Sacramento and Fresno, we see first-hand how our

students and families are navigating the new reality when confronted with impossible circumstances.

The challenges created by the pandemic lay bare what we always have known: First, working-class families and students of color are one small crisis away from a dire situation, while living and learning in communities with fewer resources than upper-income communities.

Secondly, if we are to truly achieve equity in our schools and communities, the voices of the most-affected students and parents are necessary to create policies that meet student needs.

That is why the California Partnership for the Future of Learning, a statewide alliance of community organizing and advocacy groups, directly asked students and families from low-income communities of color how they are experiencing this viral disruption to life and schooling. 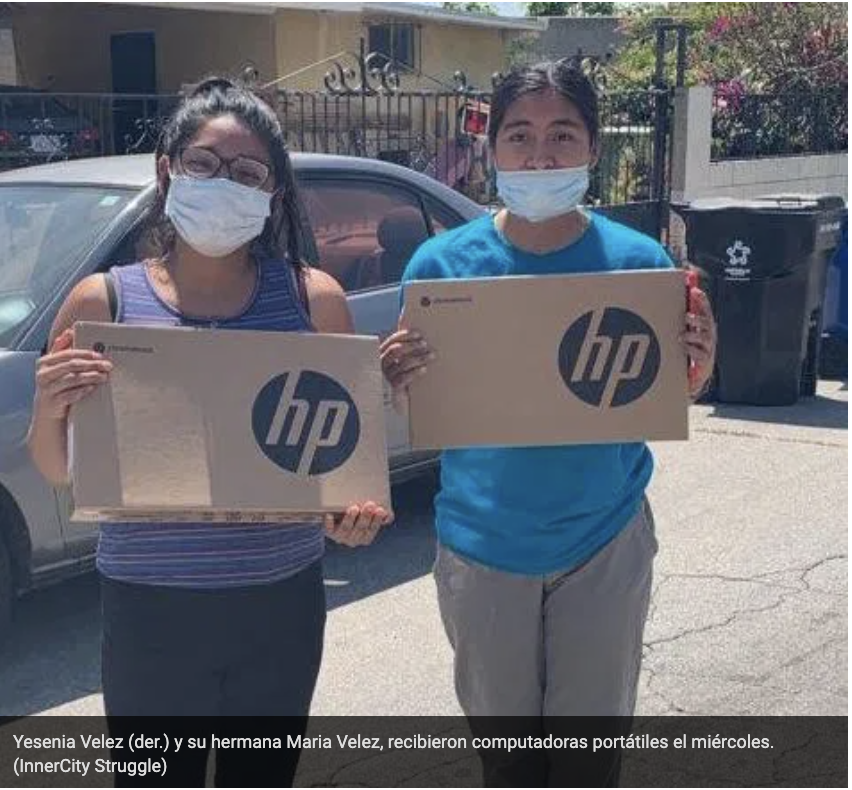